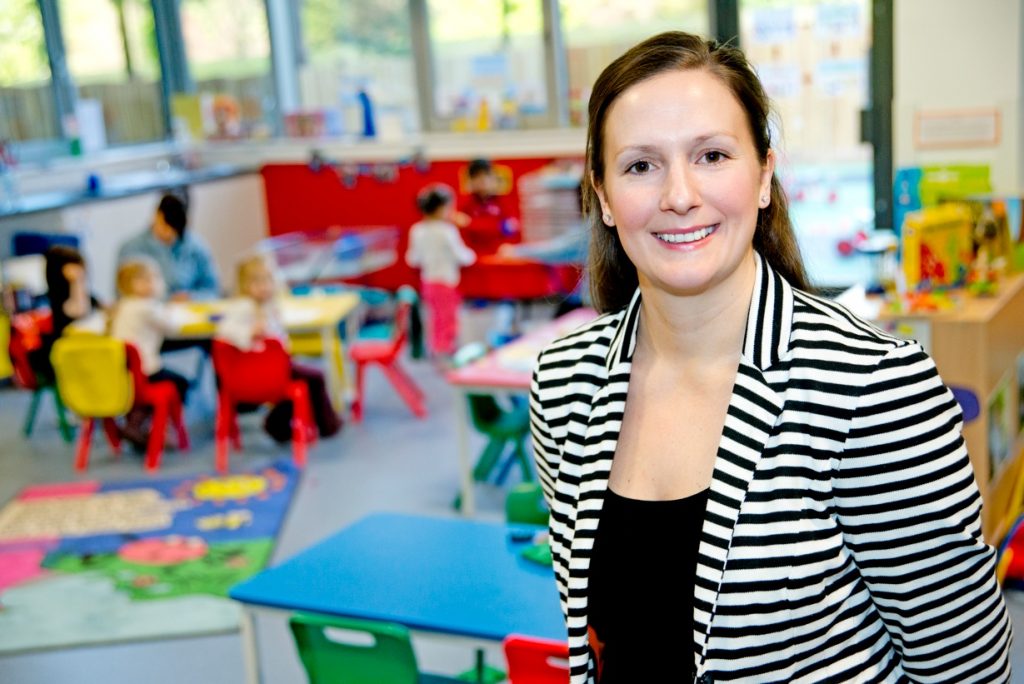 DINASOURS, playdough and glue were at the ready for the launch of a nursery in Watford this morning.

The Boys & Girls Nursery in Loates Lanes has undergone a major transformation over the last few months by its owner and manager, 24-year-old Natasha Kirby.

Natasha, who lives in Bushey, took over the nursery at Central Hall in December but decided it needed a lot more than just a lick of paint, adding a second floor and an extension on the first floor to the former church hall.

Today parents and children were invited to see the new look nursery which was officially opened at 11am.

At just 24-years-old Natasha, who owns the business and building with her husband Jon, has run nurseries for a chain in London for the last seven years and says she is not daunted by the task.

She said: “People are always shocked at my age but this is always what I wanted to do. Ever since I remember I always wanted to work with children. It’s been a tough project but it’s been worth it; I love coming to work.”

With new baby, toddler and pre-school rooms, as well as an outside area, Natasha says the project is a success.

She said: “The building needed some love and life put back into it so I’ve made it really colourful and bright and filled it with great equipment. I’ve got a great team of experienced staff, many of them I’ve worked with before.

“Because it’s a family run business there is a much more personal approach. If me or one of the girls says we need something then I go and get it, I don’t need to wait weeks and weeks and fill in all sorts of forms.

It’s great to see the staff and children happy. I’m delighted with it. ”

Marie Seymour, 32, sends her oldest son Joel, three, to the nursery and will be sending her nine month-old baby Kai there in the next few months when she returns to work.

At the opening she said: “Joel has been coming here for a few years and always been really happy, but I’m very impressed with what they are doing now.

“Everything is very organised and it’s been brightened up so much.

“Like any child he was a bit unsettled when all the changes were taking place but now when I come to pick him up he doesn’t want to come home. He always says to me in the evening ‘Can I go back to nursery tomorrow?’. They’re doing a great job.”