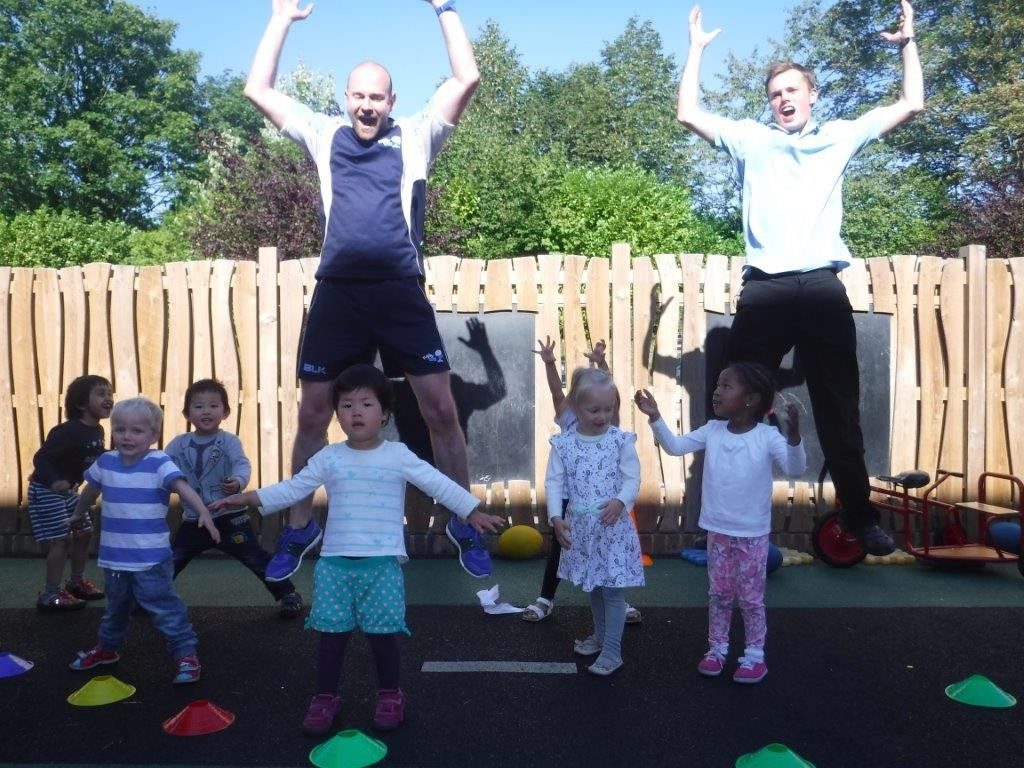 With the Rugby World Cup kicking off on 18th September the children at Boys & Girls Nursery had the privilege of an extra special session with Rugbytots.

Charlie Rigby came to spend an hour at each nursery and helped them practise their ball skills. The Pre-Schoolers had a fantastic morning kicking, throwing and catching, thankfully no one ended up in the Sin Bin. The little ones certainly didn’t want the session to end as they tried to tackle him to the floor.

Natasha Kirby, Founder of Boys & Girls Nursery, said “A big thank you to Charlie, who created a really fun and energetic rugby lesson for our pre-schoolers, partnering with them has been a real treat as they are one of the most innovative Rugby play programmes for children in the UK.

Keeping fit is something that we teach our children and is a key part of EYFS. It is important for their gross motor skills, team work and concentration amongst many more benefits.”

“We’ve had a great morning at Boys & Girls Nursery. The children have had lots of fun, which is the main thing, as well as having a little exposure to kicking, catching and running with the ball. So hopefully the upcoming World Cup will have a little extra meaning for them now they’ve had a taste themselves.

A big thank you to everyone here for having us down this morning. Hopefully we can do it again soon” Said Charlie Rigby from Watford Rugbytots.