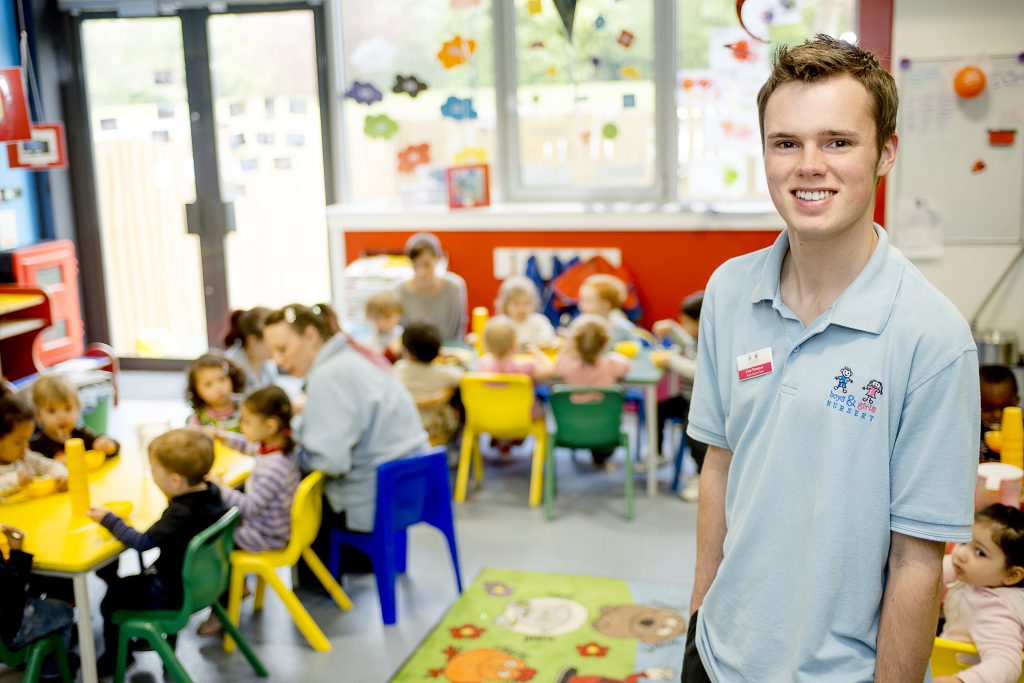 Sitting in the staffroom at work and flicking through the childcare publications I have noticed that ‘men in childcare’ seems to be a hot topic at the moment. Being a male working at Boys & Girls Nursery I wanted to explore the subject a little more and share my views on life in a nursery as a man.
Research suggests that in 2012 only two percent of the early year’s work force were men. As far back as 1998 the government have been battling to overcome the issues surrounding the fact that men do not choose to uptake a career in childcare. Negative press, parental views and lack of information can often deter men from choosing a career in an early years setting.

During my work experience at a Pre-School I was really encouraged by the other staff to pursue a career in childcare. I have been told that I have ‘a natural talent with children’ which is a great compliment and after hearing this I decided childcare was definitely the career for me. I enrolled at college and studied an NVQ in childcare and despite being one of only two men in the class everyone was very welcoming.
I’m now a Senior Nursery Nurse at the Croxley Green Nursery where I have built solid relationships with my team, parents and most importantly the children. I was a little anxious when I joined Boys & Girls and at first a few parents were dubious about having a man care for their child, however once they saw how I interacted with the children everyone became so supportive and welcoming of me.

While a man in an early years setting may be daunting for many I believe that a male nursery nurse has a positive impact on both the team and children – it offers another dimension to the setting within the rooms, allows boys to communicate in a way they feel comfortable through play or make-believe and provides a role model to the children who may not have a consistent father figure at home.