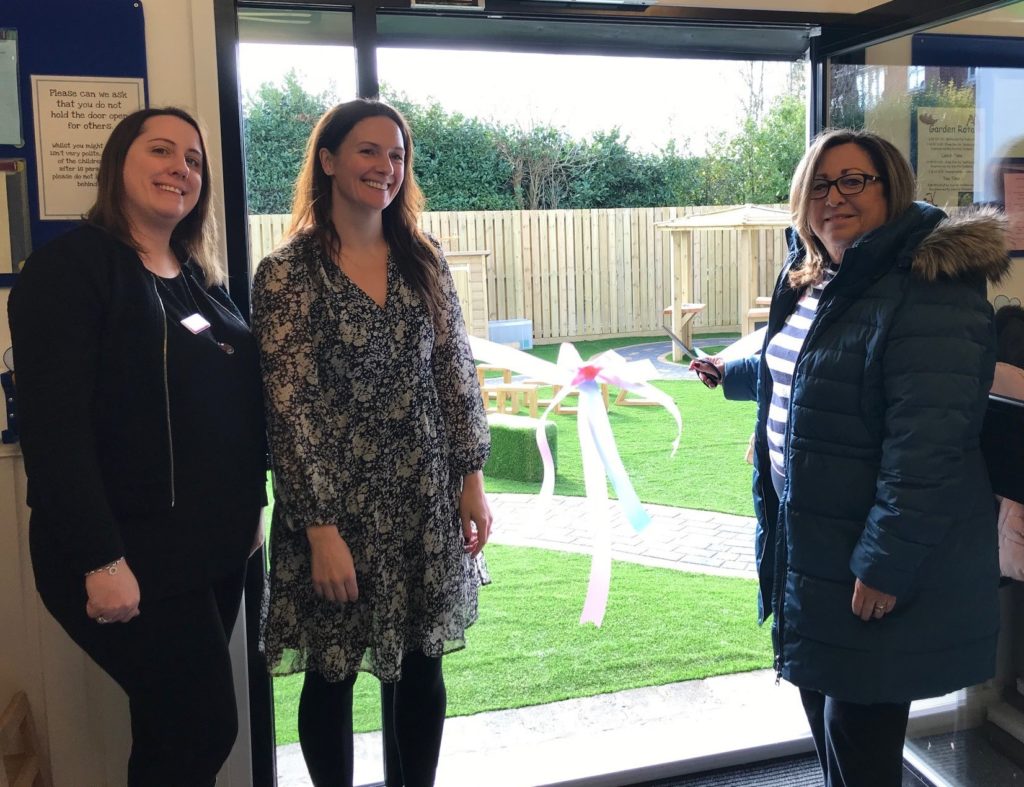 Local Councillor, Marilyn Ashton, was joined by Boys & Girls Nursery Director Natasha Kirby and Nursery Manager Denise Brown today as they officially opened a brand new garden and play area for children at Boys & Girls Nursery, based in Cottrell Cottages on The Broadway in Stanmore.

The cutting of the ribbon signalled the official opening of the recently refurbished play area which includes water chutes for the children to experiment with, a messy play area to aid physical development and creativity, role play areas to help develop the children’s understanding of the world around them, chalk boards for mark making, a track for riding their bikes on with its own refuelling station and much more! There is also a separate play area for the babies which includes a slide and den. The completed project has been met with excitement by both the children and parents alike.

Marilyn Aston enthused “This is a lovely nursery in which parents can feel relaxed to drop their children off to each day knowing they’re coming into a nurturing environment in which they’ll be cared for whilst they’re at work. The new garden offers the children lots of fun activities and space to play outside as part of this, which is so important.”