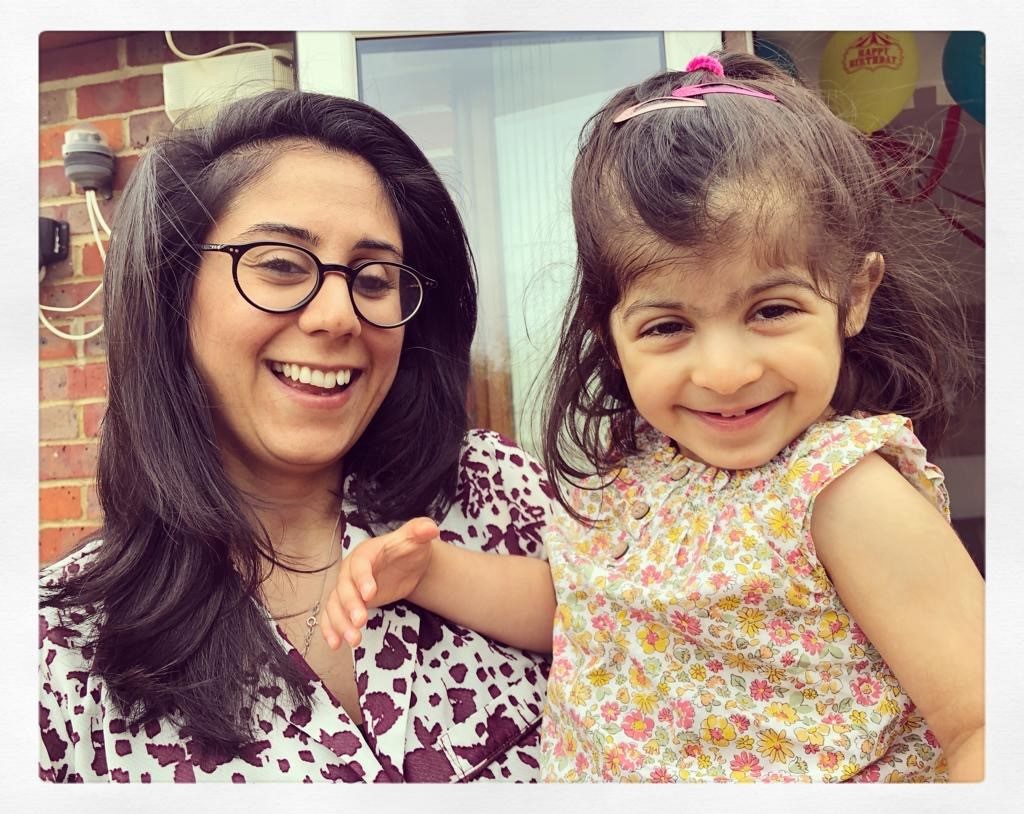 Choosing a Nursery and Returning to Work

The following blog has been written by a Mum of a child attending our Stanmore Nursery, and details her process of choosing a nursery for her daughter who requires additional support.

Deciding a Nursery and returning to work

During my pregnancy I kept telling Abbas that I wanted to return to work after 7 months of being on mat leave. I even told my manager at that time who is a mother of three children that I was adamant to return quickly, and on top of that I wanted to return full time, working my same hours. I kept thinking having a child is not going to stop me developing in my career, and that I need to prove that I can balance everything, I mean I was only 28 and I thought I knew best before even having a baby. I remember my manager saying “Zora have your baby first and make sure you fill out your HR form and request the full year of mat leave as you can always change it” did I take her advice? Of course not.

In May 2017, once I began to understand the reality of being a mother and trying to juggle day to day tasks plus looking after a child who required a tad bit of more attention, I started to express my concerns about returning to work.

First thing first I started to discuss nurseries as you do with your friends and family members to get some advice on which nursery to send Aara to. I was so lost as all I kept thinking what if I’m that mother who sends their child to a substandard nursery.

On a warm sunny May morning I was taking a stroll with Aara in the buggy on Stanmore Broadway and I walked past Pizza Express and came to a sudden stop. I saw a massive sign hung outside on black railings stating SPACES STILL AVAILABLE visit Boys and Girls Nursery (B&G). I took a picture of the sign as it had their contact details and rang them during Aara’s nap time. I very quickly arranged a visit. I fell in love with it, it was clean, tidy, had a garden, buggy shed, it was right near Stanmore station (5mins walk to be exact), the hours worked well 7am – 7pm, the staff were extremely friendly, it had different ‘classrooms’ depending on age and development and it was rated ‘Good’ by Ofsted. What more could anyone ask for? So very quickly I put myself on the waiting list and booked in my potential settling in dates.

Later that day I met up with my NCT family and we discussed nurseries, some had been or were going to visit Boys & Girls Nursery, I couldn’t fault them nor could they. Aara eventually settled after one afternoon of crying and in August 2017 when Aara was 10 months old she officially started Nursery. At that point I had not visited any other nurseries as I was very busy with all of Aara’s appointments. At the back of my mind all I could think about was I never compared B&G to any other nursery and so many of my friends had visited 3-5 different nurseries and so many of them had chosen B&G after viewing different settings. So, to be 100% sure, Abbas and I went to visit two other nurseries which were also fantastic, and I couldn’t fault them, but I had already started to really like Aara’s key worker at B&G, her name was Rachel and she was the team manager of the “baby classroom”. Every day I would ask Rachel “Did Aara Vomit? Did Aara sit up today? Did she roll over today? Did she eat with her hand or did you have to feed her? Did Aara poo (as she often suffers from constipation which is part of RTS)” the answer to vomit was always a yes! And the rest were always a no. At this point we were waiting for the results from the geneticist. I explained all my concerns to nursery and explained all the care Aara was under through various departments of the NHS.

In Jan 2018, I received a generic email from the setting to state it was time to move Aara to the ‘pre-toddler’ classroom, here children will focus on eating with a spoon and fork, there will not be a cot for them to sleep in, no high chairs basically an email to say “we are starting to train your daughter to become more independent” I quickly drafted a very formal email to state that I was very concerned with Aara moving over, as she literally just only learned to sit up! Let alone even know how to hold a spoon. As soon as I sent my email, I received a call and I thought great Aara has another fever and I need to leave work yet again to bring her home and then stay home for days because when Aara gets sick boy she gets sick, most times we ended up at A&E.

However, this time the call was not for that, Tanya at the time who was deputy manager rang me and advised let’s have friendly chat, why don’t you come in and we can discuss your concerns and create an action plan? Within a heartbeat I said yes, and we set a date. This gave me a sense of reassurance.

The meeting day arrived, I had prepped a lot, I had written all my concerns and why Aara couldn’t move and why she needed to stay in the baby room, I didn’t feel she was ready at all. Tanya and Denise came to me with a different angle, as to why Aara should move rooms, suggested to phase her move and for about 6 weeks Aara was attending the pre toddler room once a week, and gradually moved to two and so on. All Aara’s peers had moved to pre toddlers and Aara looked so big compared to the babies in Rachel’s room!

Nursery and I built a great rapport over the years, they fought very hard that Aara gets additional 2-year funding so they could get additional support to be able to support Aara’s development and progress by investing in certain types of therapy toys, organising 1-2-1 support so Aara gets supported that time every day with her key worker to be able to fully focus on an activity. They helped me fight for an EHC Plan (Educational Health Care Plan) refer to the blog EHCP application to give you more information on this. We started working on the application when Aara was not even 2 years of age, the advice I received from various professionals was “Aara may not get the EHCP as she’s very young.” But nursery and I fought and fought and worked together and we won! Before Aara’s second birthday 23rd October 2018 Aara was officially on a finalised EHCP.

Denise, Rachel, Amy, Tanya, Chloe, Rhiannon, Beth, Sarah, Louise are a few amazing people that have worked with me and Aara to get her where she is! Without the nursery team I don’t know where Aara would be. Nursery have been a great support and the care that they and that Abbas and I give Aara have worked hand in hand.

I meet Denise, Chloe and Rhiannon every quarter to discuss Aara’s progress, what her goals for the next quarter are, what does she need support on, what activities should we focus on at nursery and at home and this could be anything from teaching Aara to remove her shoes herself or hanging matching pictures with objects around the room. The goals are combined from, the EHCP, reports from her music therapist, Speech and Lang, OT, PT and her paediatrician. Nursery, perseverance and other support systems have enabled me to learn and help Aara at home, but this alone would not have been enough and nursery have been the perfect partner to this. During the lockdown Natasha (Director/Owner of B&G) would send me emails personally to see how I was getting on and send me schedules and ideas on activities I could carry out with Aara. This is an example of nursery going above and beyond.

My main take away from this is that Aara would not be where she is without the nursery being my biggest support during our struggles. Whoever is reading this blog and is in a similar boat as I, work with your nursery to build on your child’s development, be that pushy parent, but also be the parent who takes the advice of the nursery staff, who know your child’s development probably better than you do. Work with them rather than against them, express your concerns, they can guide you on what additional support you can get. I never knew anything about an EHCP, I didn’t even know it existed till I started to build my relationship. Nursery to me are my extended family, the staff know my in-laws as well my husband and myself very well!

PS. I ended up returning to work when Aara was 10 months, on 4 days a week with a change in my working hours.